Is it the stomach flu, or appendicitis in disguise? 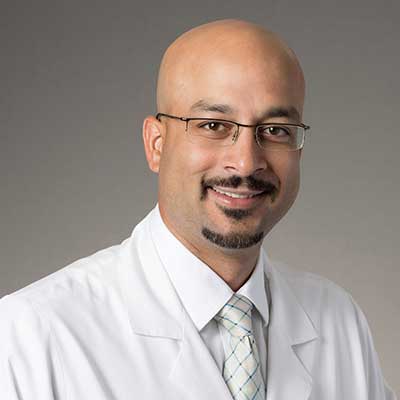 Stomach pain is the most common sign of appendicitis. It is also a familiar sign of a stomach virus. Both conditions can have similar symptoms making them very difficult to tell apart without a professional medical evaluation. The earlier appendicitis is caught, the easier it is to treat. An inflamed appendix will likely rupture if not treated – making any delay in treatment very risky.

The appendix is a worm like organ that hangs off the large intestine/colon. It is located on the lower right side of a person’s abdomen. Appendicitis occurs when the appendix becomes infected. Appendicitis is the most common cause of severe abdominal pain in the United States. It can occur at any age, but is more common in older children, teens and people in their 20’s, with most cases occurring between the ages of 10-20. It is the most common condition in children that requires abdominal surgery and is more common in boys than girls.

The early signs of appendicitis are often subtle which is why many times they are brushed to the side. In general the pain starts around the belly button and then becomes more severe and localizes to the right lower part of the abdomen. However, like anything else, symptoms can vary from person to person, making it even harder to detect. This is in part because the location of the tip of the appendix can vary. For example, if the appendix tip is located toward the front of the body you or your loved one may experience pain toward the lower right of the abdomen. If the tip of the appendix is located more toward the back, you might experience more of a dull abdominal ache. Some common clues to look for include:

Treatment for appendicitis is most commonly removal of the appendix with a surgical procedure known as an appendectomy. This is most frequently done through small incisions using surgery known as laparoscopy which results in less pain and a quicker recovery. In fact, in many cases of appendicitis, children can go home the same day as their surgery. More recently, some cases have been treated without surgery using medicine that fight bacteria known as antibiotics. However, this type of treatment should be discussed with your child’s surgeon.

The stomach flu (gastroenteritis) is a viral infection and a common cause of sickness in both children and adults. It’s easily passed from one person to another, and is more common in the winter months when people spend an increasing amount of time indoors. Most of the time it can be treated at home, but in young children, adults over 65 and people with compromised immune systems it can lead to dangerous complications. It can also lead to severe dehydration.

Symptoms of a stomach bug usually only last for a day or two. Some common clues include:

The treatment for stomach flu is usually supportive care by pushing fluid to prevent dehydration and using medicines like acetaminophen to treat pain and fever. In some cases of stomach flu, there may be a serious infection of the intestines that may require additional medications for treatment. Therefore, symptoms of stomach flu that persist beyond 1-2 days should be evaluated by your child’s doctor. Any signs of dehydration should also prompt a medical evaluation.

Tips for Dealing with a Concussion at School

February 21, 2019 by Dr. Brian Aalbers, board-certified, fellowship-trained pediatric neurologist with Overland Park Regional Medical Center.
Recovering from a concussion can mean being sidelined during sports. It can also affect a student's school performance because it's a type of...
Next Post

What You Should Know About Fever in Children

Finding out about fireworks safety

5 Ways to Prepare for an Allergy Emergency

Handle fireworks with care on the fourth