What You Need to Know About RSV 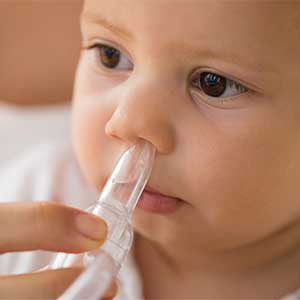 Winter brings a lot of coughs and colds, including respiratory syncytial (sin-SISH-ul) virus (RSV), which causes infection of the lungs and breathing passages, is a major cause of respiratory illness in young children.

Adults with RSV might have the symptoms of a common cold, such as a stuffy or runny nose, sore throat, mild headache, cough, fever, and a general feeling of being ill. But in premature babies and kids with diseases that affect the lungs, heart or immune system, RSV infections can lead to other more serious illnesses.

RSV is highly contagious, and spreads through droplets containing the virus when someone coughs or sneezes. It also can live on surfaces (such as countertops or doorknobs) and on hands and clothing, so it can easily spread when a person touches something contaminated.

RSV can spread rapidly through schools and childcare centers. Babies often get it when older kids carry the virus home from school and pass it to them. Almost all kids are infected with RSV at least once by the time they're 2 years old.

RSV infections often happen in epidemics that last from late fall through early spring. Respiratory illness caused by RSV — such as bronchiolitis or pneumonia — usually lasts about a week, but some cases may last several weeks.

Doctors usually diagnose RSV by taking a medical history and doing a physical exam. In most healthy kids, it's not necessary to distinguish RSV from a common cold. But if a child has other health conditions, a doctor might want to make a specific diagnosis. In that case, RSV is identified by testing nasal secretions collected either with a cotton swab or by suction through a bulb syringe.

Because RSV can be easily spread by touching infected people or surfaces, washing hands well and often is key in stopping it. Try to wash your hands after having any contact with someone who has cold symptoms. And school-age kids who have a cold should be kept away from any younger siblings — especially babies — until their symptoms pass.

To prevent serious RSV-related respiratory disease, at-risk infants can get a monthly injection of a medicine with RSV antibodies during peak RSV season (roughly November to April). The protection it gives is short-lived, though, so the injections must continue in each RSV season until the child is no longer at high risk for severe RSV infection. Ask the doctor if your child is considered high risk.

Fortunately, most cases of RSV are mild and require no specific treatment from doctors. Antibiotics aren't used because RSV is a virus and antibiotics are only effective against bacteria. Medication may sometimes be given to help open airways.

RSV infection can be more serious in babies, though. Some infants might need treatment in a hospital, where they can be watched closely and receive fluids, if needed, and treatment for any breathing problems.

At home, make a child with an RSV infection as comfortable as possible, allow time for recovery, and provide plenty of fluids. The last part can be tricky, however, because babies may not feel like drinking. In that case, offer fluids in small amounts often.

To help your child breathe easier, use a cool-mist vaporizer during the winter months to keep the air moist — winter air can dry out airways and make mucus stickier. Avoid hot-water and steam humidifiers, which can be hazardous and can cause scalding. If you use a cool-mist humidifier, clean it daily with household bleach to discourage mold.

If your child is uncomfortable and too young to blow his or her own nose, use a nasal aspirator (or bulb syringe) to remove sticky nasal fluids.

Treat fever using a non aspirin fever medicine like acetaminophen. Aspirin should not be used in children with viral illnesses — such use has been associated with Reye syndrome, a life-threatening illness.

When to call the doctor

Call the doctor if your child has any of these symptoms:

In infants, besides the symptoms already mentioned, call the doctor if your baby is unusually irritable or inactive, or refuses to breastfeed or bottle-feed.

Seek immediate medical help if you feel your child is having trouble breathing or is breathing very rapidly, is lethargic, or if his or her lips or fingernails appear blue.

Learn more about our Pediatric Center at oprmc.com/pediatrics.

Tips for Dealing with a Concussion at School

February 21, 2019 by Dr. Brian Aalbers, board-certified, fellowship-trained pediatric neurologist with Overland Park Regional Medical Center.
Recovering from a concussion can mean being sidelined during sports. It can also affect a student's school performance because it's a type of...
Previous Post

Your Child is Sick: Is it Really the Flu?

November 15, 2018
Do you know the difference between flu and cold symptoms? Find out how to determine if your child has the flu or the common cold.
Next Post

Why is Hand-Washing so Important?

Is Mumps Making a Comeback?

Parenting and coronavirus: Talking to children about COVID-19

Handle Fireworks with Care on the Fourth